Was looking for a suitable word to title this post. A word that could rightly vouch for the state of my mind at the moment. It had to denote some intense energy and playfulness. It had to exude a groovy rhythm and had to be a bit raunchy. Many surfaced as contenders: bliss (sounded too pure and spiritual), delirium (was more like some psycho stuff) and delectation (was just too a happy happy one). Ecstasy won the race as it balanced the pros and cons of its own multi-meaningness the best.

3:00 p.m. left my room in a hurry to catch the metro train till the railway station where I had to see a friend.

3:20 reached the station, met my friend and decided to take a bus for the return journey for which I had to walk a little distance towards the Red Fort.

I am walking now. People rushing around for so many things. Sellers with their cigarette beedi stalls on the footpath make me meander my way through. From somewhere in the horizon, a thick cloud of dust appears and fills my heart with hope and joy in the sweltering heat.

On the way, a policeman chasing a pickpocket. He runs in full force and his massive belly jiggles. The thief, a thin man dressed in black, running for his life. Cross the street. Two young men on the footpath. They sit with a stove and are frying mini samosas. Another man urinates standing not so far away. Bus 26 comes and I get in. Take the last seat. It does not have a glass pane. Someone fought with it may be. The broad open view of all that happens outside thrills me. The hot gush of air strikes at my curls and I close my eyes now and then to prevent the dust from ruthlessly hitting the retina. Men and women busy walking. Some are just resting here and there on the dusty sidewalks. My eyes meet some of theirs. Some relishing cucumbers and smoking. Inside the bus, the conductor looks at a child and smiles. A fellow passenger playing songs on his cellphone player. I take out my cell too and randomly click all that is coming my way. I touch my hair, my fingers comb their way through. Smile to myself all the way. The city appears so much my very own. Like a fiefdom. I share this sense of ownership with the ones who are traveling with me in the buses, rickshaws or the BMWs and the Mercs. See the woman’s saree fluttering in the wind. She clings to the man who is driving her scooter.

It is a Sunday and the roads are not so packed. Paced out traffic. The bus driver plays a catchy song and I sing along loudly. I have found songs playing in running vehicles to be extra musical. An elderly woman looks at me and I stop singing. Leave the seat, walk till the front gate of the bus like a drunken man. Ask the driver to let me alight  at the next stop. He smiles back. Even when he knows its name, he asks “Khyber Pass”?? I utter an emphatic ‘yesss’. Tightly holding the hand rails, I hum again and swerve to the movements of the bus. He pumps up the volume. The tune touches my soul.

My stop is here. I say a loud thank you to the bus driver and get down almost dancing to the tune in my head.

Love was not in the air. Something else was.

Dear Delhi, I am sorry. Next month, I will complete some 12 years of my life with you. And yet it has only been some 12 times that I have felt about you this way. I want to love you and own you as my very own.

Do me a small favor. Please make sure this high tide never slips off my head.

Exuberance of the physique…wow! the way I swerved on the sidewalk and the dancing steps that guided my head!

View all posts by Personal Concerns 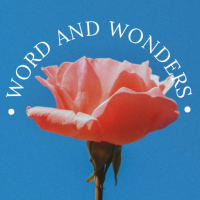 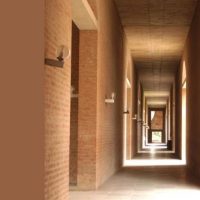